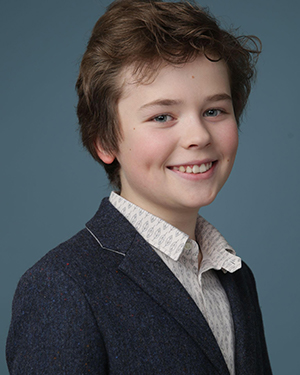 Vsevolod Zavidov (Seva) is 13 years old and hails from Moscow, Russia. He was accepted to the prestigious Central Music School at the Tchaikovsky Moscow State Conservatory at the age of four, where he studied with Tamara Koloss. Since September of 2018, Vsevolod has been studying with Professor Tatiana Zelikman at the Gnessin School of Music, where he is a 7th grade student.Vsevolod made his concert debut at the Grand Hall of the Tchaikovsky Moscow State Conservatory in 2013, at the age of 8. Since then, he has performed in all of Moscow’s major venues, including the Great Hall, Small Hall, and the Rachmaninov Hall of the Moscow Conservatory; the Moscow International Performing Arts Center; and in various cities in Russia. Vsevolod made his Debut in the United States as the First Prize Winner of the Debut International Piano Competition in 2016, where he performed a solo recital at Weill Recital Hall, Carnegie Hall.

Alongside a diverse solo repertoire, Vsevolod has performed concertos by J.S. Bach, J. Haydn, and W.A. Mozart. In Spring 2017, he was selected to perform with the prestigious Moscow Virtuosi Chamber Orchestra under the baton of Maestro Vladimir Spivakov, where he had the honor to play Piano Concerto No. 1 by D. Shostakovich at the Moscow House of Music, Tchaikovsky Concert Hall, and the Second Concert Hall of the Moscow Philharmonic.

In 2018, Vsevolod performed internationally in Europe and the United States. He was invited to give a solo recital in Manchester, England at the Chetham School of Music, at the Prayner Conservatory of Music in Vienna, Austria, as a guest artist of the Golden Key Music Festival, and as the Grand Prize Laureate of the 2018 Impromptu! Audition of the Drozdoff Society, New York. His current tour of the Northeastern U.S. features five solo recitals in Connecticut, New York, and New Jersey.